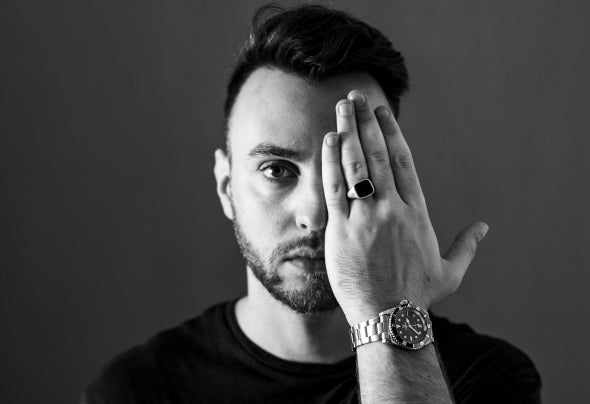 Born “Marco Curiale”, Marc Noble was no stranger to the rhythm and chimes of music from a very early age. His passion for disco music came indeed at a very early stage in his life listening to the notes of his father’s LPs.  It was only natural then that he explored his passion for house music, getting his rst second-handed turntables and mixer. DJing is something he took seriously and was a skill he nurtured whilst at high school. He further expanded his knowledge and craft at events and musical performances in both well-known and lessor well-known establishments. The climax of his career was getting in an Aperipulp® event line-up. After University with a Business Degree rmly under his belt, he notched up yet another academic qualication pursuing his love and passion for music at the ‘Nut Academy’ in Naples with a diploma as an Electronic Music Producer and Sound Designer, where he was trained by exceptional tutors such as Giancarlo Lanza, Enrico Cosimi and Vinci Acunto – to name a few.  During his fairly vinyl DJ sets, which himself refers to as “something between house and techno”, Marc gracefully and skilfully combines groove and sexy basslines loaded tracks together with other warm and deep atmospheres and spaces types. All this makes the DJ set a musical journey to impress, enjoyable and danceable from first to last.