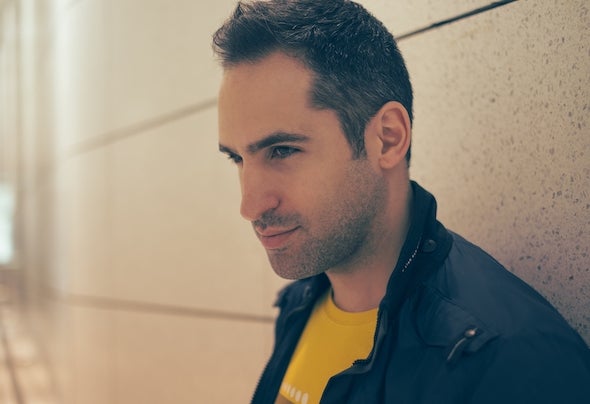 Joubin Mova is an Austrian born Persian. He has lived in Germany, the U.S and is now residing in Canada. His passion for music in combination with his love for travel has taken him around the globe, shaping his musical palette which has forged his artistic vision. For Mova, the key is recognizing the core elements of music he loves and incorporating it into his signature sound. Joubin Mova has a creative soul with an artistic sensibility which allows him to appreciate various forms of arts, from sculpture and architecture to street grati and metal work. This talent found his calling in electronic music. His approach and skill has allowed him to carve out a truly unique sound that is bold with electrifying tech-induced rhythms that are perfect for keeping dancers moving to the beats past the witching hour. Joubin Mova has been spreading his reach far and wide. From his days at Sona with 514 Productions, Mova has played alongside the industry’s who’s who, which he then continued at the world-renowned Stereo afterhours. Joubin Mova loves performing and playing long sets, for him, the longer the better. Joubin Mova is no stranger to 8-hour sets where he can tell partygoers a story from beginning to end. Joubin Mova’s thought process may be logical but the outcome is pure chaos, in the best way possible. Mova brings the same avour into the studio, resulting in the music we all love. His passion for music has led to producing many chart topping tracks including the number one spot on Carl Cox’s Top 10 chart with his remix of Angel Moraes “Reach Up”. He has remixed tracks with some of the biggest names in the business and is on frequent rotation with top DJ’s, present, past and no doubt future, showing his staying power. Currently, Joubin Mova is working on a slew of originals which will unleash the next wave of productions and will have you dancing to the mesmerizing beats for years to come