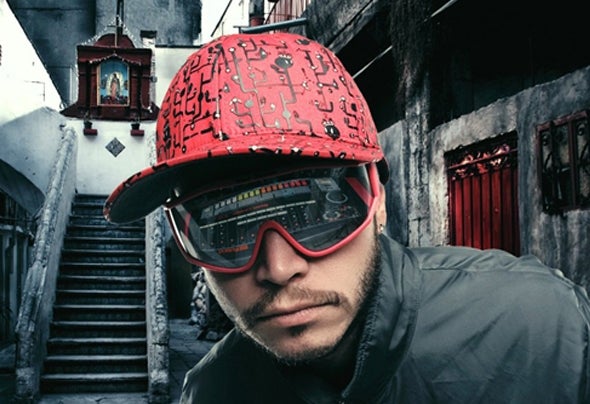 Jimi Merlo a.k.a JimiTheGenius www.facebook.com/djjimithegenius is a South Florida producer, remixer and dj that has leaped into the worldwide Bass music spotlight. With his great productions covering everything from modern day Miami Bass, Trap, Electro, Booty and Hip Hop. In 2002, Jimi joined forces with his good friend Los Angeles based dj and producer AshRock to form Hydraulix. www.facebook.com/hydraulix808 Their first commercial release as Hydraulix was released on their self owned imprint label Kuad Recordings co-owned with Merlyn. The buzz which “The Hydraulix E.P.” generated, was unimaginable and props began to role in for the duo. Be out on the look out for this down and dirty duo, their Bass bumpin beats & dirty low end have been damaging dance floors time and time again. In 2008, JimiT heGenius and Supernaut formed $uper Geniu$. A devastating duo that pumps nothing but low end frequencies. Hailing from the South and working dance floors threw out the east coast and west coast. These two have always dropped nothing else but the heat. JimiTheGenius travels and has played with such artists as Craze,Zeds Dead,Krewella,ATrak, Excision, Dillon Francis, Feed Me, Dj Icey, Stanton Warriors, Borgore, Luminox, and Mord Fustang to name a few. He has quickly become a worldwide favorite in Bass music. His mixing skills combined with a slew of his new tracks set for release on a variety of labels. One can only ensure that his fan base will grow by leaps and bounds in the near future.