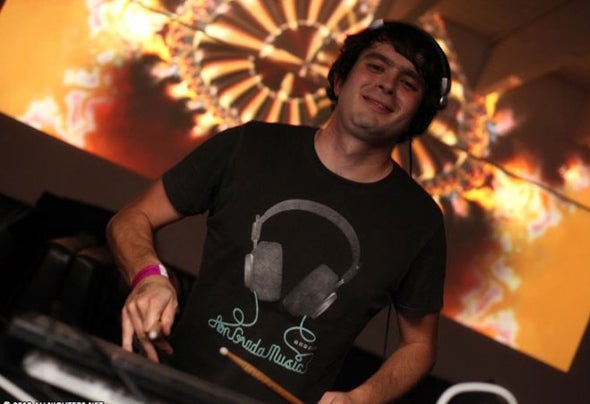 Since many years now Ephedrix is one of the icons of the Belgian psychedelic trance scene. In 1997 they began to experiment with electronic (techno) music and in 1998 they appeared on stage for their first live act at a local party. The first goa party they attended in 1999 made them slowly 'move' into psytrance ... Later on, often visiting goa parties, they were completely inspired by the vibe of this crazy music and the atmosphere at these parties. After a while the minimal music was replaced by melodic trance with heavy rhythms.And that’s what Ephedrix is all about: psytrance with uplifting melodies, groovy percussion, crystal clear bass lines and a pumping sound. In 2005, after joining the Dacru Records Mexico tour, they decided to join this promising label. Shortly after their unique style was quickly picked up by party promoters around the world. So far this has taken them to various countries all over Europe and more exotic locations as Japan, Mexico and Peru.With various compilation releases under their belt, the debut full album ‘Far Away’ came out in April 2008. The music was an instant success and even picked up by people as Christopher Lawrence and John 00 Fleming. In September 2009 a second full album ‘Expander’, a special remix album, astonished the trance community. It includes some of the finest names of the full on world. Silicon Sound, DNA, Protoculture, Talamasca, Electro Sun, Aquila, Chronos and Lamat are all part of the tracklist.