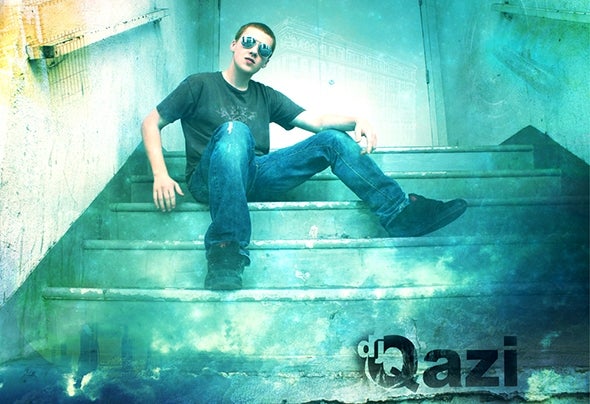 When he isn’t producing music in the studio, he’s bumpin that supafly dubstep and gettin down on the tables.LA’s DJ Qazi (real name Ian Olson) has been producing his own brand of subsonic dance music starting early as a young musician and growing into a seasoned producer.A major contributor to the success of up and coming label No Ego Records, his tracks are notoriously bass heavy and highly modern. An international producer, DJ Qazi frequently travels the world and currently deploys his musical mayhem in Southeast Asia. Originally from Seattle, DJ Qazi finds his roots in Dub Reggae, Electro, Hip-hop, Funk/Soul, Breakbeat and Trip-Hop. Professionally he is a recording engineer and sound FX editor for film/TV. Stay on the lookout for this hot new musical phenomenon!His weekly mixes can be found at: http://house- mixes.com/profile/DJ Qazi