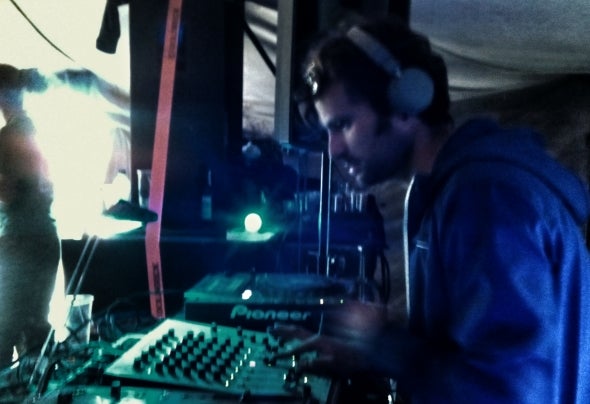 The music production by Dekades (Lukáš Franc) started around 2004 as experimental minimal, then proceeding to tougher technohouse-electro and finally to calmer deep conception. Since then some tracks have been published on labels such as BEEf Rec., remix for Japanese project NOD), Columbian White minds rec. or Czech Solstice rec. and Nightpunk Recordings.During 2011-12 started a successful colaboration with singers "Markee", whose soul feeling added a new strain to the songs, the piece "Galaxy of the Lips" became famous worldwide.In 2013 new single is released on British Deep Wave Records, featuring their song "Between Mother and Child". Their songs and live performance were successful at one of the most prestigious house open air festivals in the Czech Rep. K.O.P.R. 2011. In 2013, Dekades becomes a member of label Deep Wave Records.The record and samples you can find at http://s oundcloud.com/dekades 1As a DJ he performs mostly with a pair of talented and experienced group "ELEKTRIO Djs".Roman Sheema https://soundcloud.com/romansheema Patrick https://soundcloud.com/kopr-patrickTogether they have performed in the clubs e.j. Roxy, Houseboat Bukanýr, Perpetuum, Soul Music Club, Lopsided Festival and so on.All of them cooperate as organizers of the legendary dance festival in Czech Highlands called K.O.P.R.