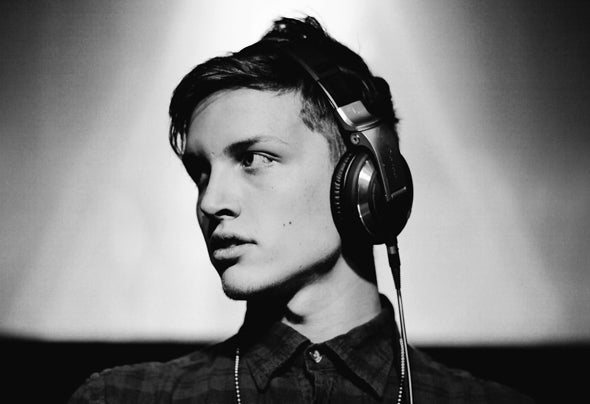 Migrating from Quebec at 5, Toronto native Stephane Deschenes aka DAMN KIDS grew up listening to rap & punk through the spoon-fed programming of MTV.After the realization that he sucked at guitar & bass, and couldn't afford drums, DAMN KIDS decided that his desire to be in a band would be a feat of disappointment. Regardless, DAMN KIDS still had his mind set on music. After years of locking himself away in a room filled with instruments he couldn't perfect, and computers taunting him with their endless ability to manipulate bass lines, he decided it was time to take his music career seriously. Coincidentally, he made this decision on his first day of school at OCAD University where he was enrolled to study graphic design. After walking out on his first day, he enrolled at Harbourside Institute of technology, in Vancouver, British Columbia where he completed his certification in Audio Engineering & Music Production. Commencing his career as a professional musician in 2012, DAMN KIDS broke ground with his first EP, 'YEMA', released on PROVOKE in June 2012. 'YEMA' received support from across the spectrum of electronic music. With the likes of AC SLATER, DAVE NADA, PLEASUREKRAFT, & DJ CRAZ E being early adopters of his sound, DAMN KIDS was catching the ear of a variety of producers in different genres. This release caught the attention of TROUBLE & BASS, who released DAMN KIDS second EP, 'GOVUDOH'. 'YEMA' also led to PLEASUREKRAFT taking an interest in his sound, and commissioned a remix of SKELETON KEY feat. GREEN VELVET, which was released on GREAT STUFF RECORDS. At the end of his first year as a professional musician, DAMN KIDS had added NICK CAT CHDUBS, ST EVE AOKI, GTA, DROP THE LIME, FLINCH, HUSDON MOHAWKE, HIS MAJESTY ANDRE, TITTSWORTH, B. TRAITS, MAT THE ALIEN, @ more to the list of artists keeping their ears on this productions. 2013 will as DAMN KIDS continue to delve into his production spectrum; refusing to the the pigeonholed into a genre and being perfectly content with labels being left to answer the questions "what genre is this" and "who is going to play this?"